I have told this story many times but with different beginnings, middles, and stopping points along the way.
Jasmine flowers on the malecon, ringing a succession of small bells, putting pieces of rocks in my pockets, tucking herbs into my hat.
Bringing home essences of my planet home.
Constructing small spaces to sit and listen
Creating an environment between two people for some third thing to unfold.

Magical missions, then.
Molecules of walking medicine who show up
when and where they please
by no accident
the world consciousness is in need of recovery.

sitting with trees
asking trees questions asking for advice asking for mentorship
drawing with trees
collecting sticks like a child
collecting sticks with my child
becoming aware of what the tree is saying
affirming and reaffirming what the tree is saying
running errands for trees
collecting messages from trees, with intent to distribute
bringing the trees flowers and honey
bringing the trees in my hands 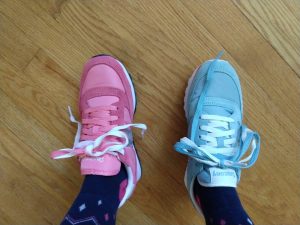 Keeping this idea for a clown essay: The Clown at the crossroads: becoming quicksand in shifting times. How can one disappear into and through the clown? The clown as portal, the clown as time creator.

In the US we have a distaste, dislike for the clown, we despise it. Unruly, uncontrollable, farts, wears impossible clothing. I have come to despise the man’s dress clothes. I live in a hippy, natural town. Rarely do I see men on their lunch breaks with loudly clacking shoes and belts tightened into their belly fat. In fact my mouth starts to bare her teeth reflexively when I see this costume in the grocery store parking lot. Insensible, for one, in 80 degree weather, cheap plastics materials pants gathering crotch and ass sweat, itchy, uncomfortable, ill fitting. A beautiful blue suit to show off at a special occasion is one thing, a flapping Men’s Wearhouse gaping kneed every day wear item is another. “This makes me look professional.” Stamped “Professional.”

The hobo clown wears this kind of disheveled ill-fitting suit. Ugly colors, too big or too small, sad face, sticky hair, battered briefcase. Moaning, can’t catch a break. The act could just be wearing this face and doing a regular office desk job. Not Funny. Sad. Our culture is one of slogging through, and for what? I see the clown mime hanging himself with his neck tie. Or. an idea becomes him. A golden light begins to glow from his desk, his face, above. He takes off his suit, peeling it back like Clark Kent to reveal—just himself, just a glowing body, a quick swipe through face and hair transforms him. golden body paint, smudged upward from the heart would do the trick. Suddenly radiant, he looks in the mirror and sees his Baby self, and his smiling parents shining back at him, he remembers, he is crying with excitement and his tears become golden streamers, coming off his hands, off of his face, his hair, he is lifted into the air over his office and his body is obscured by the streamers, he is hooting and shouting and the streamers trail through the desks and his coworkers are radically transformed as well, peeling back their own office gear for beautiful garments or going bare. It doesn’t all have to be glowing. The desks become full of flowers growing from the office pots as the light comes in, the overhead halogen lights stop their buzzing and purplegreen light. Appletrees sprout from apples left on desks, windows open and people holler and scream out of the them, into the streets, light flooding in, birds fly in, there is more light inside than outside and things start to flicker back and forth, it becoming TOO MUCH of a scene and the trees and flowers are growing obscenely large and taking over everything and the people start to panic but it is too late for panicking and they are consumed by it, by joy, by the muchness of it, the flood of loveliness, of nature, of the power of the sun and the force of growing, when given a chance. The birds grow to human size, take the place of the characters, become the characters in a new story, building their houses, their nests from the streamers and the flowers and the beautiful items ripped from the usedtobedesks—shiny handles and pieces of machinery and well,there aren’t really curly telephone cords anymore but in this scene there could be, and they just go on about their lives, flying off, coming back, worms, eggs hatching, pushing from the nest, fighting, etc, the whole thing of life and death (the worms eat the dead birds, you know). The Clown Sun has been forgotten by the audience maybe, he is a streamer ball at the top of the stage left. At some point he is lowered, as the light becomes purple starry, and gives a wave or a smile as the lights go down. The End.

Last night I had a dream of trying to sneak out to go on a dangerous mission. We were taking TT along and I didn’t want my dad to know. Someone tripped the sensor light and he saw us and we left anyway.
Some border crossings, land based, into or out of Egypt, Ghana, maybe we flew somehow. I can’t remember the details of the mission, only that we were intent on going, and we went in two camper vans.
When we got back, someone who had been traveling with us, who had been latent (like a werewolf at safer phases of the moon), became stirred up. He had a scarred word etched into his face and it started to glow, become inflamed, shift shape into other words. We were continuing on our journey and he couldn’t come. We tied him to a slab of rock, sitting up, while he fumed, and then we drove away.
With dream vision able to see more facets of a story, I saw him become molten and harden again and dig down, down, down through the rock, digging up on the other side of the world with some burrowing mammals and miners. This dream character didn’t seem to be thinking, really, in the human sense, he was consumed, intent on his own survival and mission. 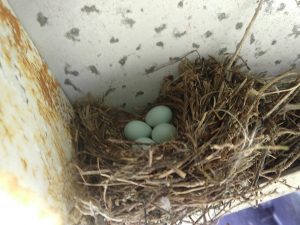 I have decided to offer more posts. I am a recovering perfectionist, and I continue to realize how much I keep things tight unto myself and then they form an isolating barrier. I say I am practicing becoming more vulnerable–I am becoming more vulnerable. I believe this is what the world needs more of. Excavating and exposing of our truest selves and relationships to the world. Ideas that “don’t make sense.” Crying, true despair over the destruction we are collaborating on, of our planet and our humanity. And then continuing to work on restoring relationships and safety for all peoples and relations.

“We will not get out of this the same way we got in to it,” so says the indigenous wisdom bridger/teacher Malidoma Somé (www.malidoma.com). Here’s to each of us, resetting, clearing, rejoining.

Yours,
Truly,
In discovery, recovery,
in joy and despair,
Charlotte